A research by the University of Wisconsin, Madison, USA 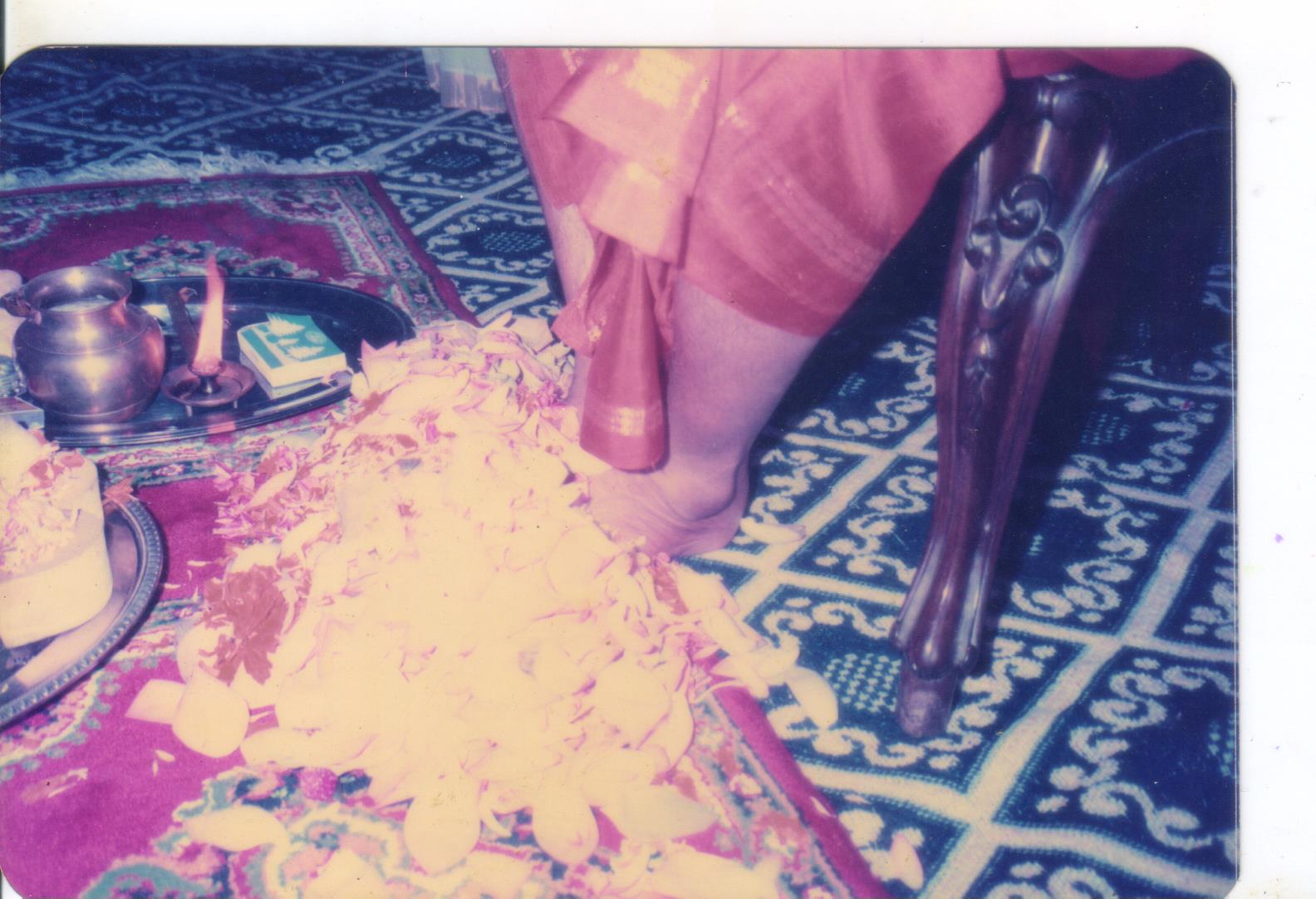 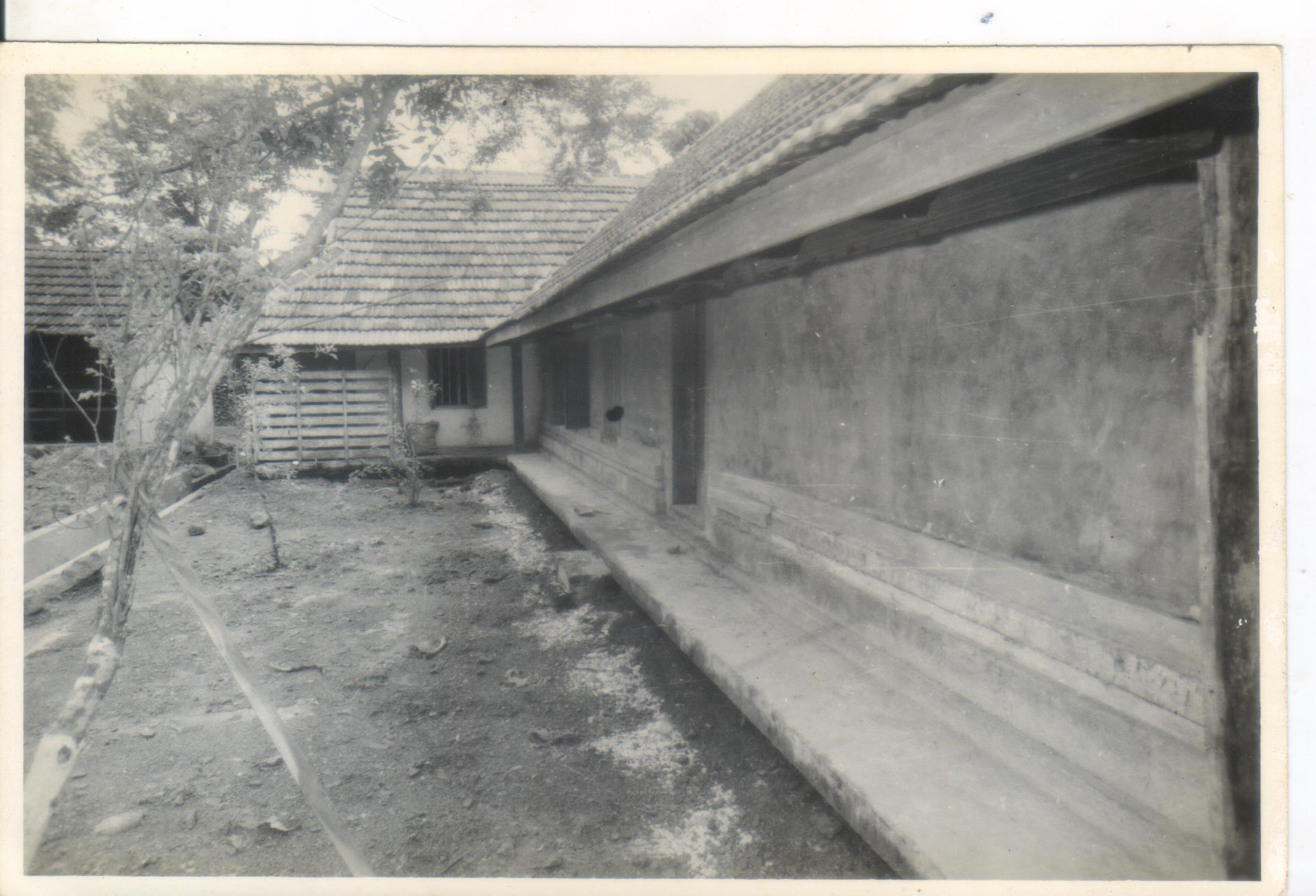 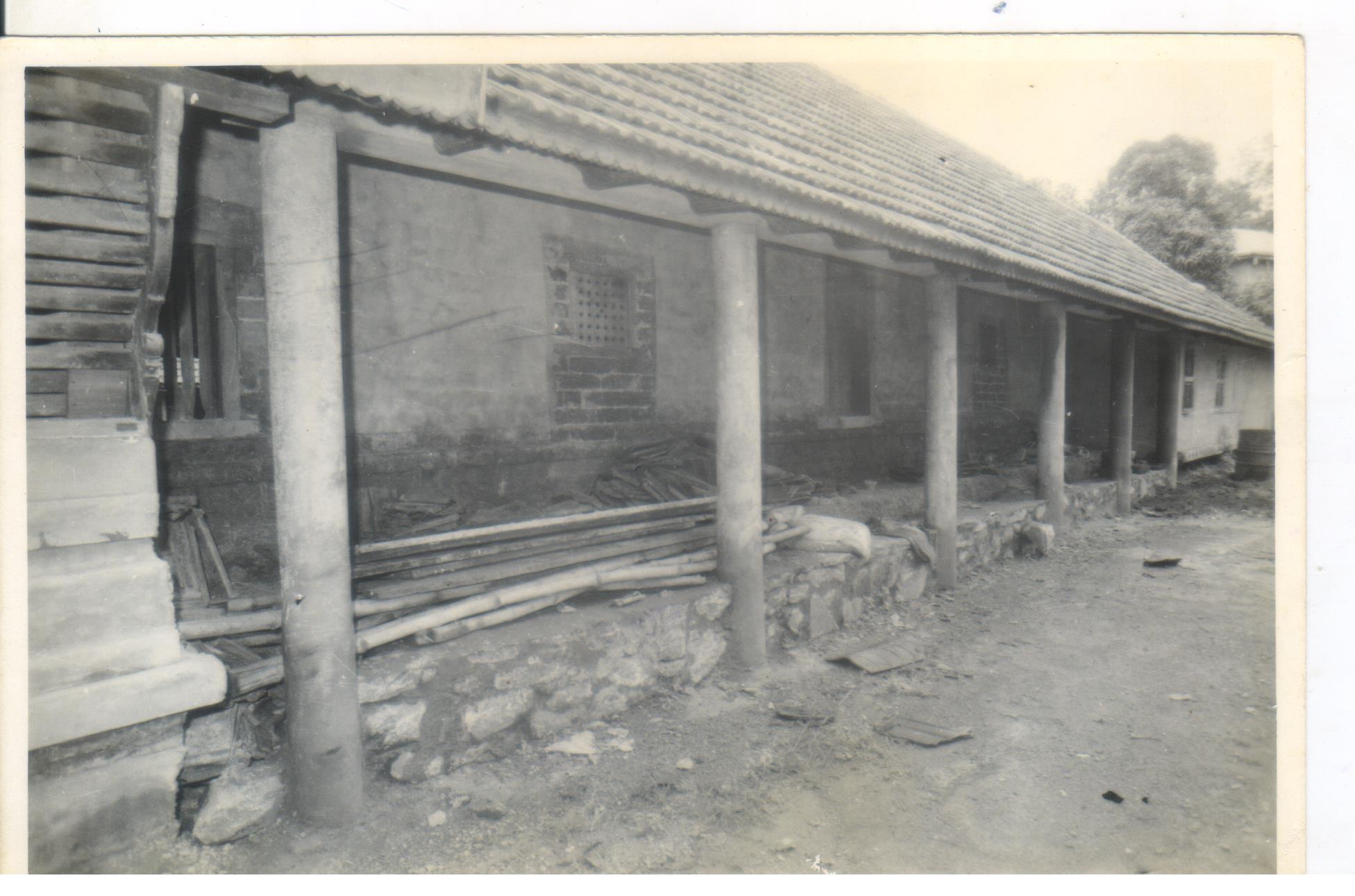 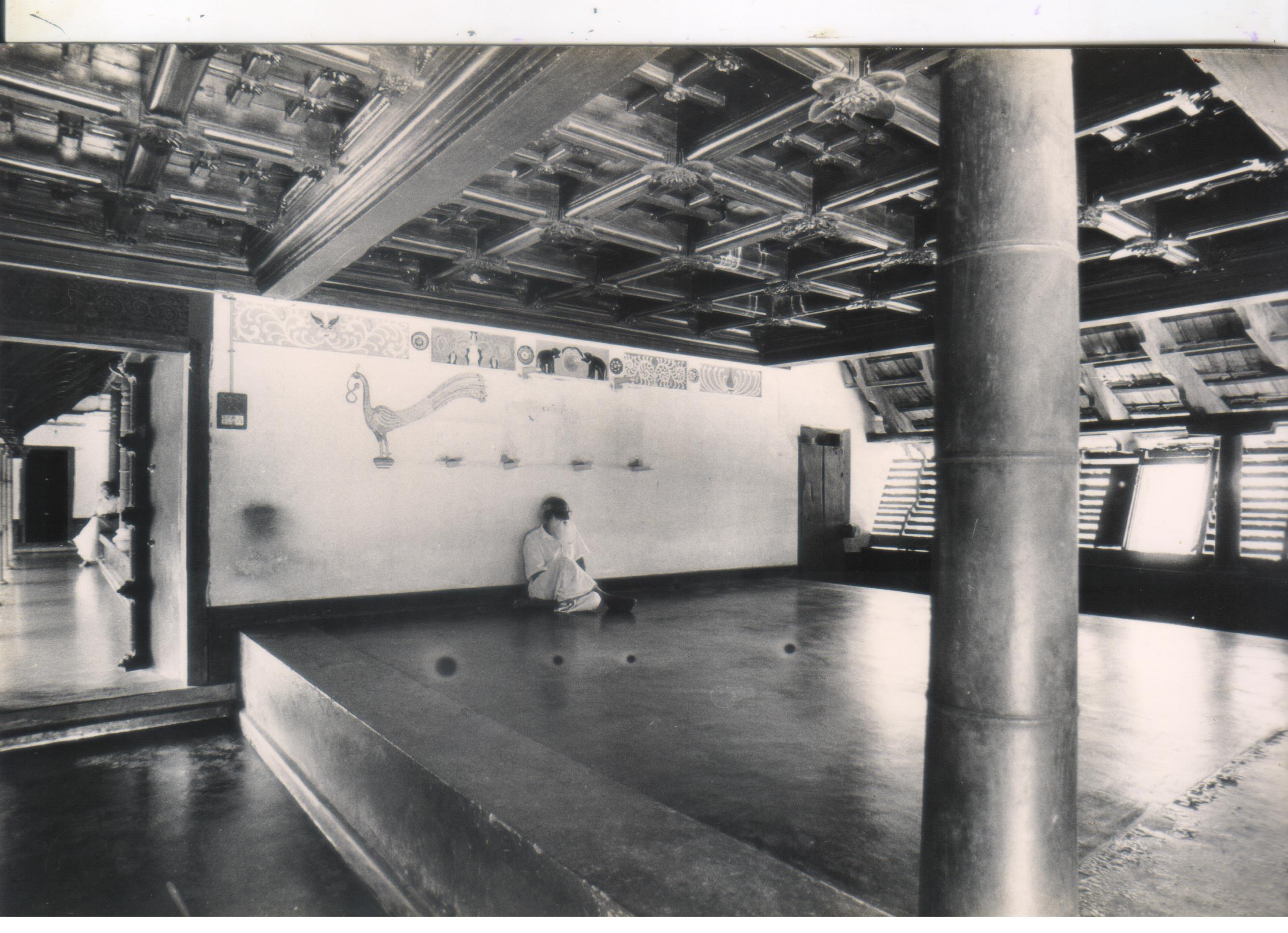 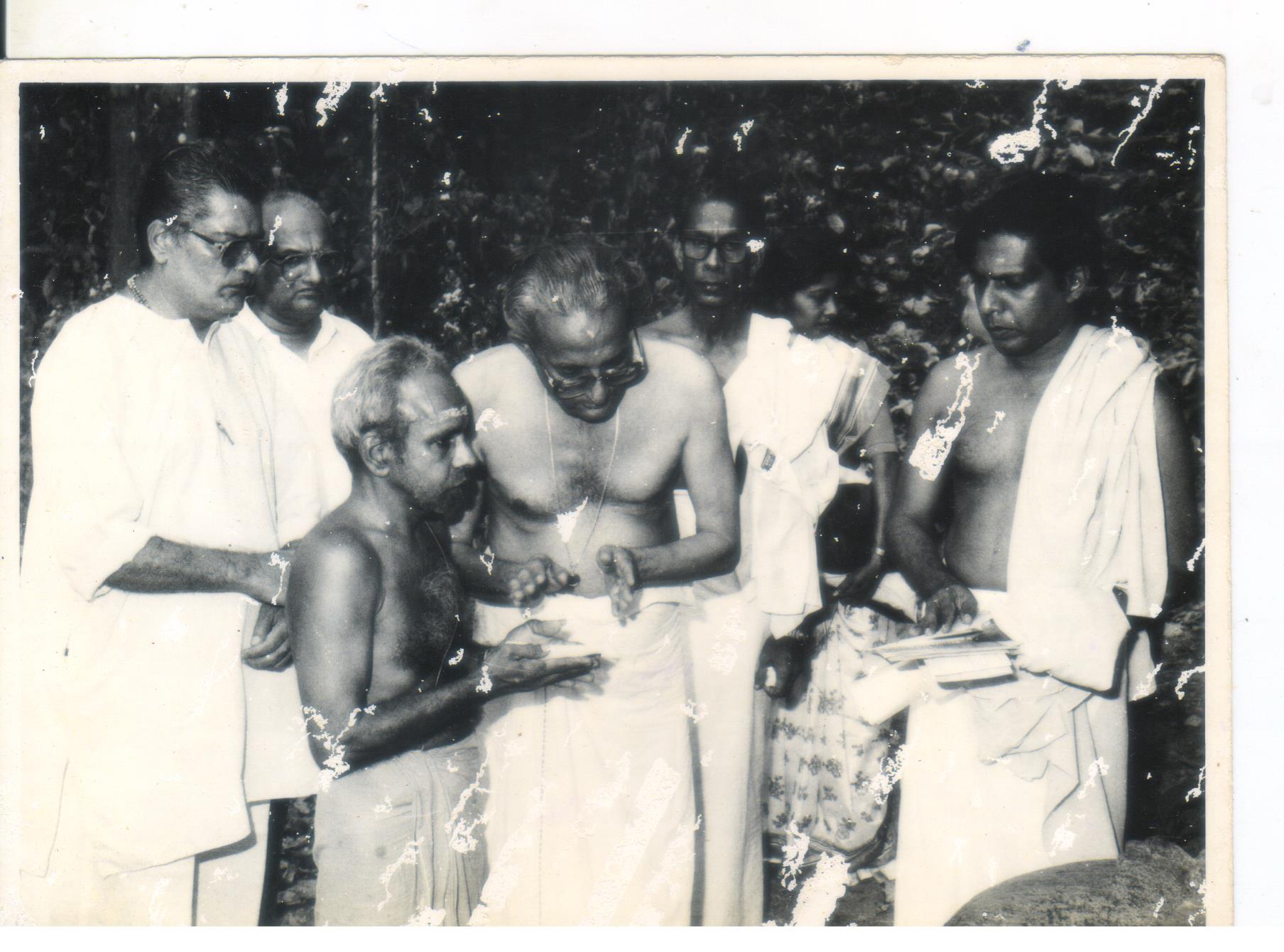 Researchers N.V Ramachandran and Paul L. Kuepferle of the University of Wisconsin, Madison, USA, visited Melpazhur Mana in the 80s with the intention of tracking old manuscripts and personal effects belonging to Adi Sankara, which over time had changed hands. They had a discussion with Raman Nambudripad of Bharadvaja Gotra1, who was the then head of the family and also with his cousin (no name is mentioned in the original research paper).

The following is a brief summary of their discussions, conclusions and opinions.

Melpazhur is about 20 miles south east of Ernakulam and can be reached from Mulanthuruthy on the Ernakulam Quilon section of the Southern Railway. Aryamba was born in a Nambuthiri Illom (household) of this village. After the demise of her husband she spent some years in this Illom where Sankara's Upanayanam was celebrated by her kinsmen. (Upanayanam is the thread ceremony ritual marking a boy's entry into Brahmacharya state and denoting his eligibility to read and study the sacred books.) Then she returned to Kaipilly Illom in Kalady.

(In their article N.V Ramachandran and Paul L. Kuepferle ask us to refer to V. Nagamiah's article on Adi Sankara, wherein he mentions of the existence of manuscripts in the Pazhur house which bear out to the above statement - Travancore state manual old edition II, page 97)

N. V. Ramachandran then asked Raman Nambudripad as to whether any manuscripts were stored in the Illom. Raman Nambudripad replied that until recent times there were palm leaf manuscripts. But quite recently one of the members of the family had passed them on to some scholars who had come looking for manuscripts with the promise that they would return them after they were printed. But the manuscripts had not been received.

As a sequel to this in October 1987 N. V. Ramachandran says that he checked up with Sringeri Shankaracharya Mutt at Kalady and Sringeri if the manuscripts were lodged there; but he did not get any information from them in this regard. They have put a note in their research that tracing these lost manuscripts could reveal some valuable information about this Mana and its surroundings. According to them there are several private manuscript collections in these areas and that a serious survey alone can help to locate some of these; in their estimate, the possibility of these manuscripts going to other hands or any educational institutions is only minimal.

They further give their observations in their research that Sankara's teaching rapidly spread in Kerala and other parts but not in his own Mana. In Sankara's Mana they talk more about him and have very little knowledge on his teachings.

Ramachandran and Kuepferle got further information on Sankara through their chats with the local people. Thus, they learnt that when Sankara left home in search of a guru, he gave the salagramams which were being worshipped in his home, to his maternal relatives. Raman Nambudripad, the present head of the Melpazhur Mana, whom they spoke to, could recall the existence of these salagramams in the house as late as Malayalam Era 1093 (A.D.1918). It is believed that at the time of a family partition, the salagramams passed into other hands. (Note: Saligramams are pebble like stones of different colors, shapes and size found in the Gantaki river in Nepal. They are believed to represent Shree Vishnu; just as the Shiva linga represents Lord Shiva. They are said to bring nourishment, prosperity and wealth. It is also believed that a mere look at these stones will destroy all accumulated sins.)

N. V. Ramachandran also interviewed Mr. Damodaran Nambudiri, a chartered accountant living near Kalady and belonging to the Kappilly family, the paternal family of Adi Sankara on 23rd April, 1986. Damodaran Nambudiri's father was closely connected to Sringeri Mutt at Kalady and he was present when Sri. M. N. Nambudiri, belonging to Melpazhur Mana showed some Salagramams of his Mana to H. H. Chandrasekhara Bharati (the Sringeri Pontiff) in May 1927. Mr. Damodaran Nambudiri opined that the famous astrological family of the Bharadvaja Gotra of the other Pazhur Mana as being related to the Melpazhur Mana and also said that the Melpazhur Mana had its rights over the famous Siva temple which is on the banks of the River Pazhur.

The information led them to infer the possibility of Melpazhur Mana (whose Nambudripad belongs to the Bharadvaja gotra) being the parent Illom from which nine mothers branched off and thus generated nine Manas. Including this parent one at Melpazhur there are a total of ten Manas. The Svarnattu Mana would appear to be one of the branches. Later when N.V Ramachandran interviewed the members of Swarnattu Mana, they also claimed their connections to the Melpazhur Mana.

Swarnattu Mana had a good collection of palm leaf manuscripts. N. V. Ramachandran videotaped a scene of their collection on the first floor of the mana.

Ramachandran and Kuepferle also report the presence of the shrines to Siva and Shasta in the Melpazhur Mana. The Sivalinga is worshipped in the aspect of Kirata Murthi who blessed Arjuna with the Pasupatastra. They also report that not far from the Melpazhur Mana flows the Pazhurpuzha (river), in a loop of which is a Siva temple to which Aryamba, the mother of Sri Sankara was considered to have frequently resorted after ablutions in the river. To this day this temple is held in special reverence and the members of the Melpazhur family also resort to it almost every month.